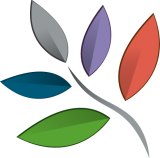 Our expertise is unusually broad for a property business

We bring a varied range of expertise to our property business, with comprehensive capability across commercial, financial, legal and planning areas. With these resources and our active outlook we have been able to spot trends and benefit from profitable opportunities that have eluded other pure property businesses.

Where it all began

The roots of today’s Estates & Agency Group are based in the 1950’s with a property investment company first established by the grandfather of current Directors – John and Stephen Rosefield. In 1978 an interest in Estates & Agency was acquired and John Rosefield was appointed a Director. This was a company with a full listing on the London Stock Exchange, originally involved in tea trading but with some property assets, including the freehold of 85 Piccadilly, London W1. John Rosefield became Chairman of Estates & Agency in 1980 and by 1982 a controlling interest in Estates & Agency had been established. The property portfolio developed from this time onwards. In 1981 Estates & Agency acquired Edgbaston Investment Trust Group and through this, further properties were acquired including a substantial shop and office block on Tottenham Court Road, Goodge Street and Whitfield Street, W1. Both the Piccadilly and the Tottenham Court Road properties remain to this day a core element of the current portfolio.

More than a property company

An example of our willingness to diversify and to look beyond established parameters came in 1984 when the Estates & Agency Group acquired a significant stake in Western Motor Holdings PLC – a quoted motor dealership with sites in Birmingham and across Devon and Cornwall. John Rosefield was appointed Chairman. This retail dealership and car transporter business was nursed back to financial health. By the time this stake was sold on in 1987, it had increased in value almost five fold. Dokimas Group Limited was another successful non-property investment. Following a buy out from Plessey, this company was built up over a 15 year period to become the leading UK supplier of large automated library and archive services to local authorities, before its successful sale in 2008.

Through the 1980’s the Estates & Agency Group engaged in a range of commercial property investments and developments including major refurbishments of two shopping centres in Glasgow and an office development in Birmingham. The Group also became a major investor and developer in Belgium, Holland and Germany in important commercial buildings including two in Antwerp’s most prestigious street, The Meir. Substantial investments and developments were made amongst others, in buildings in Herengracht and Keizersgracht in Amsterdam and an historically significant building in Korte Vijverberg, The Hague, subsequently let upon the completion of refurbishment to the European Commission. The successful model was to buy, refurbish or develop, and hold – only selling on when we perceived the turn of long term trends and the beginning of the overheating of the market.

Amongst some noteworthy successes in the UK was the former Marsh Mills Industrial Estate in Plymouth. After a complex site assembly operation and planning re-designation from industrial to retail use, the site was sold to J. Sainsbury in 1993 for approximately £18m delivering a surplus over cost of some £13m. Similar refurbishments and developments continued to add value to the Estates & Agency Group through the 1990’s including some substantial projects in Rainham, Essex for Carpetright’s Headquarters and the major refurbishment and redevelopment of the properties in Whitfield Street, Goodge Street and Tottenham Court Road, London, W1.

Throughout this period the Estates & Agency Group continued to invest in prime London property. In 1997 the iconic Old Westminster Library in Great Smith Street, SW1 was acquired. Subsequently, permission was obtained for use as a restaurant and the upper floors were sold and converted to residential use. The ground floor and basement were retained by the Company and were successfully established as the famous destination restaurant The Cinnamon Club. During this time, the Group also completed more than 100 smaller residential refurbishments and redevelopments.

With increasing regulation and costs, and the Company’s shares standing at a discount to net asset value, it was decided in 2004 to take the Company private. This was part of the trend at that time, adopted by several of the smaller quoted property companies. Since then it has operated as a private company wholly owned by The Endeavour Company Holdings Ltd – a Rosefield family holding company.

This website uses cookies to improve your experience while you navigate through the website. Out of these cookies, the cookies that are categorized as necessary are stored on your browser as they are essential for the working of basic functionalities of the website. We also use third-party cookies that help us analyze and understand how you use this website. These cookies will be stored in your browser only with your consent. You also have the option to opt-out of these cookies. But opting out of some of these cookies may have an effect on your browsing experience.
Necessary Always Enabled
Necessary cookies are absolutely essential for the website to function properly. This category only includes cookies that ensures basic functionalities and security features of the website. These cookies do not store any personal information.
Non-necessary
Any cookies that may not be particularly necessary for the website to function and is used specifically to collect user personal data via analytics, ads, other embedded contents are termed as non-necessary cookies. It is mandatory to procure user consent prior to running these cookies on your website.
SAVE & ACCEPT